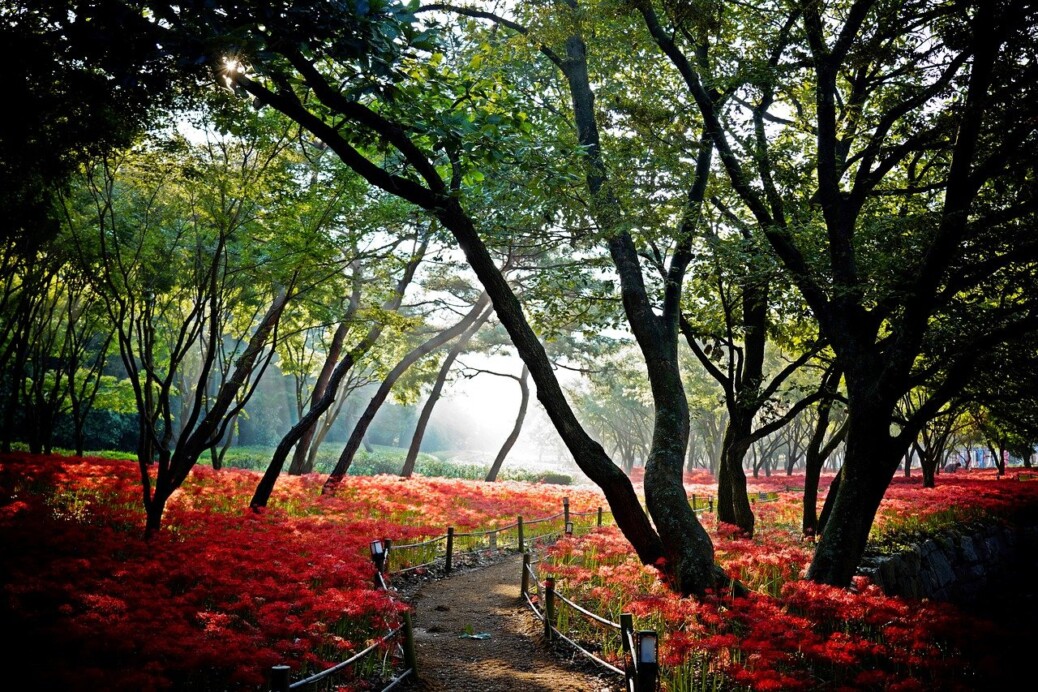 Synchronicity and intuition – the door to the zero-point field
We are entering in a period in which reason and logic go into the background, the old models are completely exhausted and we can already see it with the naked eye. God or the Zero point field speaks to us directly through the situation we are in. Entering into the second lockdown, we see how neither aggression helps, nor protests, nor judging of the crisis-organizers worked out because when you fight against someone, you get an opposition according to Newton’s third law (for every action, there is an equal and opposite reaction). We see that with our human capabilities cannot change anything and this is amazing. Finally part of humanity will be able to see it directly. To realize that there is something else that shapes our reality and it is not material. As Vladimir says: ‘The only force that can help is a pure love’. Both spiritual and modern science speak widely about this. In the last 106 years since we entered the vestibule of the age of

Aquarius according to Peter Deunov, Bulgarian spiritual guide (1914), we have witnessed great progress in science and technology (aeroplanes, spaceships, travel to other planets, robots, the Internet, quantum physics, biochemistry, metaphysic, etc.), things that could not have been imagined 150 years ago. The world is flooded with spiritual currents: the teachings of the White Brotherhood (the third testament), Zen Buddhism, yoga, Kabbalah, Sufism, Hermeticism, Orphism, Rosicrucianism, etc. This is all amazing because our inner world is much richer than the material and full of wonders. One of them is synchronicity.

Synchronicity has been discovered first by Carl Gustav Jung. He defined it as an acausal connecting principle, the meaningful coincidence of two or more events where something other than the probability of chance is involved. Then this philosophy has been developed by Wolfgang Pauli (1900 – 1958), who first postulated the neutrino and was awarded the Nobel Prize for his discovery of the Pauli exclusion principle — a monumental leap in our understanding of the structure of matter. Synchronicity, as we know, is a sign from the Universe that is coming to show us the right way. Other authors have worked on it are Alan Vaughan’s Incredible Coincidence: The Baffling World of Synchronicity, Paul Davies, Carolyn North, Tom Montalk. Here will share with you the information I took from Tom Montalk. He discovers 7 types of synchronicity and I fully agree with him having in mind my experience. The synchronicity shows up that we are all connected in an invisible web. We are all flowing into a sea of electromagnetic or Zero point field according to the quantum physic. So, these seven types of synchronicity are precursor, deviation, expansion, message, manifestation, artificial and opportunity synchronicity. I will touch on some of them.

1. Precursor synchronicity
These synchronicity events tend to show up a few hours or days before distressing or precarious event in your life. That is because the upcoming event is a messy energetic spot on your timeline and your core of reality is becoming unstable. I would say that this might happen a few months before some life-changing period which is in flux. It is like thunder, it comes suddenly and without warning. For example, this is how my inspiration to study homeopathy came. After three years of listening about the wonders of homeopathy and the spiritual world from my sister-in-law, one summer day I suddenly seemed to be shaken by thunder. The message was: ‘You have to study homeopathy’. At that time, in 2005, I still didn’t know what synchronicity or sign was, but it was so sudden, direct and clear that I had no doubt. I had just given birth to my daughter and went bankrupt (I had a clothing store) and it seemed impossible to invest in something so unpopular and unprofitable. My husband was against it, but I was so shaken to the core of my soul that I did not hear him at all, I heard only this divine impulse that made me so excited and happy. After four months I really started the course and the money came in an unexpected way and everything was fine. When the Universe support you, the logic doesn’t work. The heart always knows better than the mind, because there are 40 000 brain cells in it according to the new scientific paradigm and we all have experienced this phenomenon.

2. Deviation synchronicity events
They happen when you suddenly deviate from your most probable course of action. That means doing something genuinely improbable. Something that in most of the probable futures you didn’t do. For example, this can be something that goes against the momentum of your programming, your circumstances, habits, feelings at that moment. All those things pushing you into most mechanical and probable outcome. When you do something unlikely for the extended period you deviate into a less probable future and this produces other improbabilities which produce experiences as deviation synchs. So, they come during and after the unstable line of your time. One of the keys to understanding synchronicity is that improbability tends to come in clusters. One improbability begets another. This is also true. Almost simultaneously entered into the field of homeopathy and spirituality and thus into a new circle of friends, new habits, magic world. If you do something improbable, chances are that you attract another improbability. That is because you are deviating into an improbable time line that due to its improbability likely contains another improbable aspect. This brings up an important point which is that something outside this reality, something beyond linear time is needed If events are to deviate from their default outcome. Without that metaphysical factor, everything would be deterministic, mere materialistic cause and effect. Life without surprises and deviations. So, consciousness is the metaphysical factor that creates improbabilities or what quantum physic would say is that a conscious observer is what produces non-determinism and piecewise stochastic behaviour. The more sentient you are, the more volition you have. This is not only our consciousness that creates synchronicity, but also aliens and occult entities outside linear time and what they do affect what you do. Then you no longer doing the original things you have done rather you are now doing what is not originally supposed to happen. As we know from the Kabballah and many other spiritual branches, there is Angels hierarchy inside of us. According to Kaballa’h philosophy and its main attribute, the tree of life composed of 10 sefiroths each of us has 10 energetic centres ruled by God’s emanation, angels rank, it’s leader and planet. The more we dive into their world and believe and meditate upon them, the more we attract them and their guidance in our life.

3. Expansion synchronicity
Represents a moment of spiritual growth or transformation. The sudden change in your being, essence like a bubble suddenly expanded and send ripples in all directions. Expansion synchs can be symbolic. They appear in our dreams like a symbols.

4. Message synchronicity
Symbolic messages sent in a form of a meaningful improbability. They are known as signs or omens. They are like dream symbols except they happening while you are awake. They can be recurring numbers or if you search for the answer to some question, ‘coincidentally’ you see the article on Facebook or TV or newspaper on the same topic. In general, the signs are always around us. One of them was yesterday. Decided to relax for 2 days and the patient who I had to see on Tuesday called me to postpone the appointment. She was reading my mind. We are all connected into the collective consciousness as Carl Gustav Jung says as Peter Deunov says and the quantum physic as well. Another exciting sign I had was during playing paneurhythmy. It was around 2008, one year after started playing it. We were reading in a spiritual class that during playing paneurhythmy will experience this divine love for 1 minute. I was waiting, waiting to experience this moment, but it didn’t happen. Yes, I had an inspiration and started write poems every day, for some period, but nothing exceptional couldn’t experience. Suddenly, one day during this dynamic meditation experienced something exceptional for me. I felt so much love, calmness, bliss, but very deep as if in another reality. I felt like entering into the 7th dimension. Even can’t explain this by words. Our human language is poor. The most striking thing was that it lasted exactly one minute. I couldn’t believe that Peter Deunov can be so precise and. Since this moment I believe in everything he has said directly or not directly.

5. Superficial synchronicity
They can happen when we wish something to happen. I have experienced superficial signs and would say that they happen when you are already in the situation and consciously search for signs. Then the possibility of being misled is big because dark forces sometimes try to confuse us. So, if I can summarize, the true, divine synchs come suddenly, unexpectedly, out of bloom, without warning and are combined by important dates and experiences. These are some small part of the synchronicities I have had. According to Peter Deunov, one of the essential qualities that will be an important element in the sixth culture is the spirit of self-sacrifice, light, life, love and freedom. He said also something very interesting that correspond with the exact situation we are in now: ‘Without dulling the gross chauvinism and nationalism, without smoothing the frictions that inevitably arise in some of the points of the aggregates of the huge technical-production mechanism that today’s humanity has and even greater right will have tomorrow’s humanity without eliminating the antagonistic tendencies that arise between the different classes, classes and peoples and territorial lands – humanity risks being involved in the military in political clashes that will lead to the physical extermination of peoples.’ We are now on a crossroad: toward world war or toward world peace and love? He also said that: ‘From 1914 onwards, the solar system has entered a more spiritual realm, the sign of Aquarius. In this area 52 live more advanced beings, so life is under the sign of major world events. Entering this area determines the construction of the sixth culture of the fifth human race. This new culture will reveal new horizons to humanity, it will reveal to him the deeply hidden laws of the Living Intelligent Nature and will make him more receptive to the new ideas that are now coming down to earth. Aquarius culture will harmonize and reconcile everything.’ So, I deeply believe that we will take the path toward world peace. Will send waves of love worldwide and waking people up. Also please share your experience with the synchronicity!

©2022 KLEO Template a premium and multipurpose theme from Seventh Queen

We're not around right now. But you can send us an email and we'll get back to you, asap.