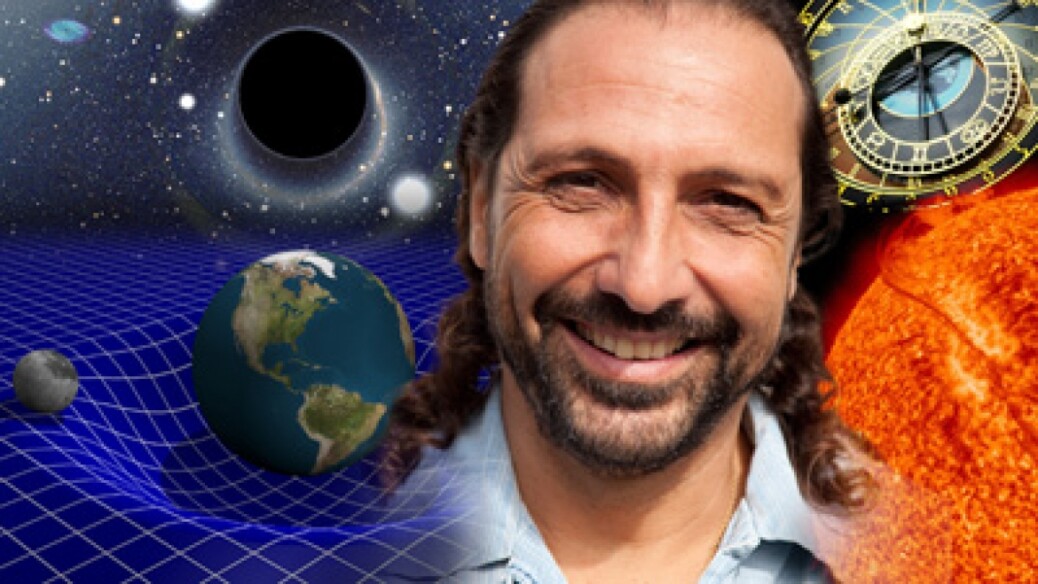 These studies led Haramein to groundbreaking theories, published papers and patented inventions in unified physics, which are now gaining worldwide recognition and acceptance.

Haramein’s findings are based on a fundamental geometric quantization of spacetime, formalizing a unification between the quantum scale and cosmological-sized objects, including the universe itself. Haramein’s seminal paper “Quantum Gravity and the Holographic Mass” was published in the peer-reviewed journal Physical Review & Research International in 2013. Utilizing a generalized holographic principle, the paper predicted a precise value of the charge radius of the proton which disagreed with the Standard Model by 4%. This prediction was later confirmed by a team of scientists at the Paul Scherrer Institute utilizing muons in a proton accelerator. The measurement has since been validated by the adjusted 2018 CODATA value of the proton RMS charge radius.

Haramein founded the Resonance Science Foundation in 2004 where a team of researchers and educators have developed a formal unified view of physics. These findings have implications and applications to revolutionary technologies that transform people’s lives and the world as a whole, helping to overcome some of the largest challenges facing the world today.

In 2014 Haramein launched The Resonance Academy, a unified physics online learning platform educating thousands of students from more than 80 countries.

Haramein established Torus Tech LLC in 2015, a private laboratory where as the CEO & Executive Director of Research and Development, he leads teams of scientists and engineers dedicated to the development of resonance-based technologies. Torus Tech applies Haramein’s physics theories to patented resonance technologies that focus on quantum vacuum energy extraction and gravitational effects.

The Connected Universe, a feature length documentary film, released in 2016 and narrated by Sir Patrick Stewart, was produced based on Haramein’s discoveries and their potential impact on generations to come.

In 2017 Haramein launched ARK Crystal LLC, a subsidiary of Torus Tech. ARK crystals are a ground-breaking technology that produce life-enhancing benefits resulting from an increased energy-coupling with the structure of the quantum vacuum.

©2023 KLEO Template a premium and multipurpose theme from Seventh Queen

We're not around right now. But you can send us an email and we'll get back to you, asap.